The PTA are holding a pancake flipping competition. After you have read this flick over to their page and take a look!

I am learning about Lent and what it means to Christians

Last week we looked at the importance of bible and prayer.

This week we are looking at the importance Lent.

During Lent we prepare to celebrate Easter, when Jesus rose from the dead to bring new life and hope to the whole world. Remember that God created and cares for the whole world, and wants us to care for it too.

Lent is the period of six weeks (40 days not including Sundays) leading up to Easter, the most important festival in the Christian calendar.

Lent is an old English word meaning 'lengthen'. Lent is observed in spring, when the days begin to get longer.

What is the story of Lent?

Jesus went into the desert to fast and pray before beginning his work for God. Jesus was tempted several times by Satan, but was able to resist.

Lent allows Christians to remember Jesus's fasting in the desert. It is a time of giving things up and a test of self-discipline. There are many foods that some Christians do not eat in Lent, such as meat and fish, fats, eggs, and milky foods. Some Christians just give up something they really enjoy, such as cakes or chocolate. 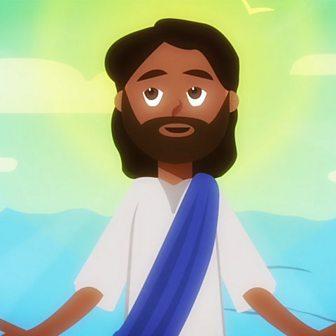 How is Lent celebrated?

In western Christian churches, the day before Lent starts is Shrove Tuesday. This is also known as Pancake Day. This day was traditionally the last chance to use up the foods Christians would not be eating during Lent.

On Ash Wednesday many Christian churches hold services during which Christians are marked on the forehead with a cross of ashes. This is a sign of saying sorry to God for any wrong-doing.

40 is a significant number in Jewish-Christian scripture:

Most Christians regard Jesus' time in the wilderness as the key event for the duration of Lent.

Purple is the symbolic colour used in some churches throughout Lent, for drapes and altar frontals.

Purple is used for two reasons: firstly because it is associated with mourning and so anticipates the pain and suffering of the crucifixion, and secondly because purple is the colour associated with royalty, and celebrates Christ's resurrection and sovereignty.

Shrove Tuesday is a day of celebration as well as penitence, because it's the last day before Lent.

Lent is a time of abstinence, of giving things up. So Shrove Tuesday is the last chance to indulge yourself, and to use up the foods that aren't allowed in Lent.

Giving up foods: but not wasting them

During Lent there are many foods that some Christians - historically and today - would not eat: foods such as meat and fish, fats, eggs, and milky foods.

So that no food was wasted, families would have a feast on the shriving Tuesday, and eat up all the foods that wouldn't last the forty days of Lent without going off.

The need to eat up the fats gave rise to the French name Mardi Gras ('fat Tuesday'). Pancakes became associated with Shrove Tuesday as they were a dish that could use up all the eggs, fats and milk in the house with just the addition of flour.

The origin of pancake racing

Pancake races are thought to have begun in 1445. A woman had lost track of the time on Shrove Tuesday, and was busy cooking pancakes in her kitchen.

Suddenly she heard the church bell ringing to call the faithful to church for confession. The woman raced out of her house and ran all the way to church; still holding her frying pan and wearing her apron.

Going for gold in the pancake Olympics

One of the most famous pancake races is held at Olney in Buckinghamshire over a 415 yard course. The rules are strict; contestants have to toss their pancake at both the start and the finish, as well as wearing an apron and a scarf. The race is followed by a church service.

Since 1950 Olney has competed with Liberal in Kansas, which holds an identical race, to see which town can produce the fastest competitor. After the 2000 race, Liberal was leading with 26 wins to Olney's 24. What would you give you for Lent? Please complete the sheet or design your own.

Our Daily Bread for Kids

Each week I'm going to be posting pages from the above book.

Unfortunately not the ones with chocolate chips.

Some cookies are necessary in order to make this website function correctly. These are set by default and whilst you can block or delete them by changing your browser settings, some functionality such as being able to log in to the website will not work if you do this. The necessary cookies set on this website are as follows:

Cookies that are not necessary to make the website work, but which enable additional functionality, can also be set. By default these cookies are disabled, but you can choose to enable them below: